TEU: All Taskstream Assessments Submitted and Evaluated This Semester

CUMU Learning and Sharing Virtual Series - 'The Challenges of Modern-Day Policing on University Campuses: The Nexus between Equitable Enforcement and Justice Denied' - December 1

Please join the Civic and Community Engagement Office for the webinar "The Challenges of Modern-Day Policing on University Campuses: The Nexus

Please join us for pizza and a hands-on demonstration of how to change a bike tire on Thursday,

Suk Oh, professor in the Health, Nutrition, and Dietetics Department, is retiring.

Buffalo State Graduate Advances to Top 10 on 'The Voice' Competition 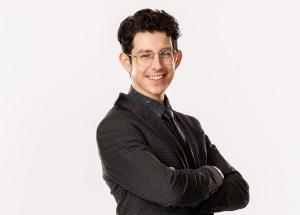 Joshua Vacanti, a 2016 graduate of Buffalo State College’s music program, has advanced to the Top 10 in NBC’s singing competition The Voice. Vacanti, who is on John Legend’s team, was invited to perform on November 29 after receiving numerous votes from viewers and rave reviews from coaches for his dramatic performance on November 23 of the Queen song “The Show Must Go On.”

The show airs weekly, Monday nights at 8:00 p.m., on local NBC affiliate WGRZ-Channel 2 and can also be viewed on The Voice app, or at NBC.com/VoiceVote.

Premiering on April 26, 2011, and based on the Dutch reality singing competition The Voice of Holland, The Voice has aired for 20 seasons. The show aims to find unsigned singing talent from contestants age 13 or older drawn from public auditions.

The winner of each season of The Voice reportedly gets $100,000 and a record deal with Universal Music Group. Season 21 of The Voice wraps up in December.